In a world that values people based on their Instagram feeds – a few gym mirror selfies here, a few cheeky bikini bum pics there, a few dog filter close-ups imported from Snapchat over there, going from digital marketer to starting a small yoga business while staying authentic, to do the opposite of what I’ve been doing for years hasn’t been an easy task. But, I’ve always felt that the best marketers know people aren’t entirely stupid. Spotting inauthentic advertising on Instagram is getting easier and easier – not sure if it’s because of my eye for it, or if it’s because of the overwhelming, seemingly unavoidable amount of it now. 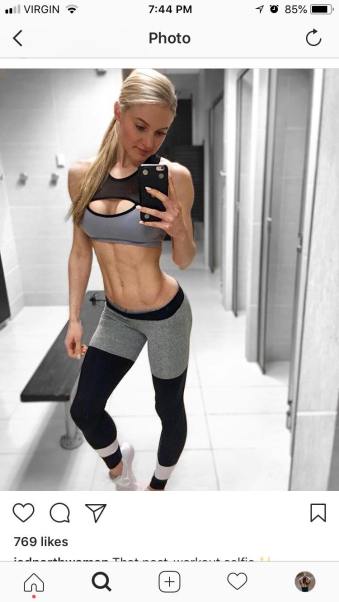 Instagram’s yoga presence in particular is massive and also highly influential, with 60% of users saying they learn about products and services on the platform and 75% taking action – defined as visiting a website, searching, shopping for or purchasing or telling a friend – after being inspired by an Instagram post. More than half of users follow people, brands or interests that aren’t following them back. (Marketing Magazine, 2016)

With thousands of yogis making a living from their influence on others, while also promoting themselves as kind, giving, yogic people makes for a very confusing and competitive landscape. There are many companies that create and sell great products with better, more philanthropic business models, and then there are companies that also under this yogic veil  sell overpriced, unethically produced products via the perfect Instagram influencer accounts, who are apparently all white, tall, blonde, tanned, skinny, latte-sipping, overhead laptop and cozy socks-posing, sprinkle-doughnut pool-floating flakes.

These themes are everywhere, and everyone is playing, but the yoga community is particularly vulnerable because the majority of Instagram’s most frequent users in Canada are the exact target demographic for yoga. Some argue that the image presentation of yoga postures has become one of the core elements of yoga today.

Ulon University in conducted a study in 2015 that analyzed 100 yoga posts on Instagram. The author searched Instagram with the hashtag yoga (#yoga) and selected the top 10 posts under the category “top posts” over 10 random days in October 2015. Occasionally, posts selected had little or nothing to do with yoga, but simply classified as such because the users would tag #yoga, for whatever reason, possibly to gain more circulation/likes. These posts were discarded for this study, along with yoga videos. This study analyzed three elements of posts: images, captions, and hashtags a user employed when posting the image.

First, all 100 static images were checked for the presence of the following five characteristics:

1) Person(s) depicted in the image was wearing “minimal clothing.” If the person was wearing only a sports bra with no shirt, no pants, or a bathing suit, the image received a point for the presence of this category;
2) The person displayed an “advanced” posture. In this case, an advanced yoga posture included any type of arm balance, handstand, headstand, contortionist pose, or a demonstration of extreme flexibility or strength beyond the average human’s capacity.
3) The person depicted was of thin and/or “fit” body type;
4) One or more women were depicted in the image; and
5) The image was outdoors.

The findings were pretty clear. The perfect yogi on Instagram is a thin/fit female wearing next to nothing in a crazy advanced posture on a beach.

Alo Yoga, the mothership of all yoga brands on Instagram, is also a brand that’s been under fire recently in the community for attempting to make an example out of Dana Falsetti by suing her for millions for publicly speaking out against their lack of diversity and manipulative marketing. (Read more about her case and GoFundMe petition here)

Alo could write the book on influencer marketing. Not only do they have contracts with hundreds of the top yogis on Instagram, they also own an operate thousands of fake “bot” accounts to promote their yoga clothing. Neither their influcencers nor their bots ever include “Sponsored” or “Ad” in their posts, which is illegal and has resulted in literally millions of people being duped, particularly young women, many of them like Dana into thinking this is what their lives should look like.

But guess what. Life is not a fucking Mayfair filter. I’ll admit, I’m like a bug hypnotized by a bright light when I see my Instagram feed flooded with inspiring shots of yoga poses and variations in beautiful settings. I’ve myself found joy in creating and sharing a bit of this. But this massive case has sparked a lot of conversation and thought, and I began to wonder.. Where are all the women of colour being represented by these brands? Why is everyone super thin? Am I just participating in this because my old Marketing ways are getting the best of me?

No no no. I may have connections and resources and equipment and knowledge to growth hack and influence and be inauthentic. But frankly, I’m sick of it. I will keep my handful of affiliates small and wise, only supporting socially conscious and ethical partners.

The struggle for authenticity on social media is real. So is the tension between body positivity vs. body shaming, and this case with Alo ripples wide.  But struggles like these need not prevent more shapes and sizes and varieties of content from emerging and gaining popularity, to expand the stupid and flaky Instagram world and add some diversity and balance to the landscape. After all, that’s what yoga is all about.